Southwest Airlines has been experiencing a nationwide computer system outage today, and Nashville International Airport has not been spared from the mania:

Or as redditor Lawtalker put it:

BNA is a focus city for Southwest Airlines, which accounts for over half of the airport’s flights.

Many of the airline’s computer systems went down this morning.  Although Denver’s KDVR reports that all of the problems were fixed and operations were normal by this evening, the evidence suggests otherwise.  Just an hour ago, Southwest tweeted that their systems weren’t all back up yet (even now, their website is unavailable):

And the delays at the airport are stacking up, according to BNA’s website: 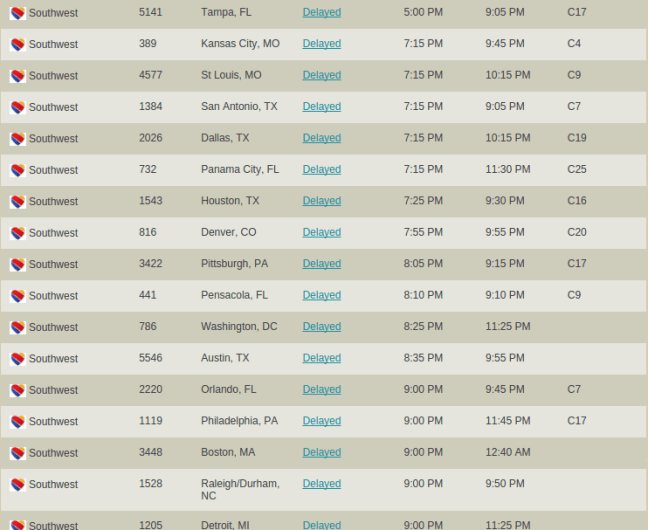 The police aren’t taking this situation lightly, either:

News crews, police with AR-15s! It's interesting here at the Nashville airport.@SouthwestAir

One thought on “BNA crowded with stranded Southwest Airlines customers”