Yep, it’s a house, made from pumpkins, and a lot of straw.  Some Nashvillians checked it out last week, even though it was still above 90°:

Earlier: International Playhouses, The state of the tulips is strong

nMotion, the far-reaching plan to expand transit throughout both Davidson County and its neighbors, has been adopted by the boards of both the MTA (local) and RTA (regional) boards.  The members of these boards both voted unanimously to go with the plan after a month of public input that saw almost a thousand comments come in.

“The adoption of this plan is the first step in building a meaningful and equitable public transit network that addresses the anticipated growth in Nashville and Middle Tennessee over the next 25 years,” said MTA Board Chair Gail Williams. “The plan identifies specific strategic actions Nashville and the region needs to take to begin working on the growing traffic and congestion. It is a historic day for public transit and the citizens in our community. Additionally my thanks to the many members of the community that engaged in this process to improve transit for all.”

In the near term, the MTA and RTA will begin simplifying their services through such steps as improved fare payment systems and a unified brand.

AT&T made good on its promise to sue Nashville, and with haste, too.  The suit is a response to Metro’s new ordinance known as One Touch Make Ready (OTMR); it is disputing the government’s authority to regulate attachments to utility poles.  AT&T claims that only the Federal Communications Commission can do that.

The OTMR ordinance was passed by the Metro Council on Tuesday.  Twelve councilmembers voted to defer the bill because they were fearful of the threatened lawsuit, but the bill proceeded anyways.  On Wednesday, the Mayor, who had previously been neutral on the bill, signed it into law.

The lawsuit does not seek a preliminary injunction, in which the judge would put the ordinance on hold pending the outcome of the lawsuit.

View this document on Scribd

Victoria Cumbow checked out this view of downtown, as seen from East Nashville, tonight:

The Tennessean has the story.

Michael Nott, a photographer who roams the streets of Nashville looking for the best shots, shared this photographic story of some bus drivers he encountered around downtown: 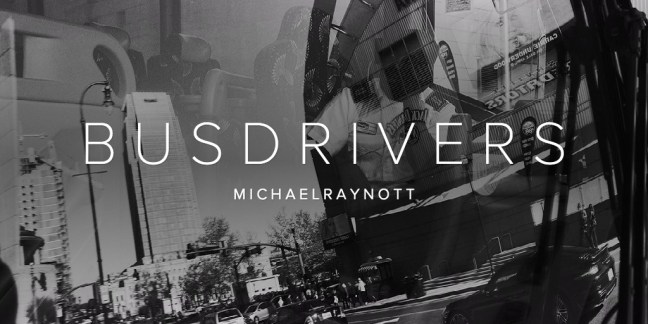 Line for gas at Nippers Corner in Nashville (off Old Hickory Blvd). pic.twitter.com/zvVNR99Zx7

The concerns of a shortage stem from a September 9 oil spill from a pipeline near Helena, Ala, which supplies much of the gas for the Southeast.

Or, as this citizen reporter/entertainer puts it:

Guys. All the gas in Nashville is GONE. ALL OF IT!!! #GasShortage #Nashville pic.twitter.com/jRPcYHsYh1 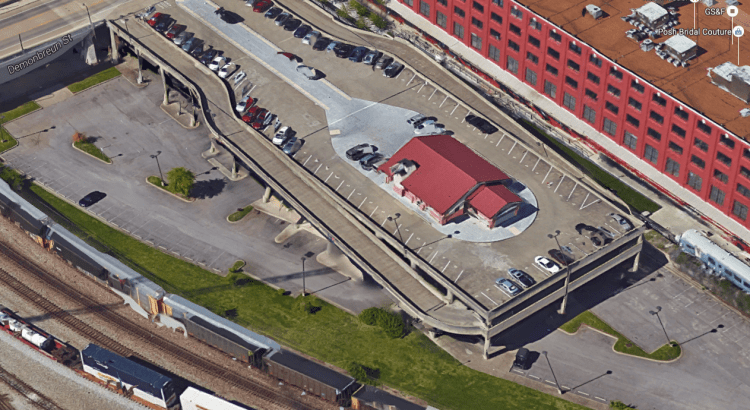 Earlier this week, Mayor Barry announced that she had inked a preliminary deal to sell the Clement Landport, an ill-fated transit project in SoBro.

The site of the landport, adjacent to Demonbreun St, Cummins Station, and CSX railroad tracks, will be sold to the owner of Cummins Station.  The land deal is just one part of a bigger agreement to create the necessary easements for a new pedestrian bridge over the tracks and to provide a capital infusion to the MTA.

The land was originally acquired by the MTA in 1995 with some help from then-Congressman Bob Clement.  They had grand plans for it: a multi-modal transit station, with bus bays, commuter rail (from the adjacent CSX tracks), light rail connections, and car parking were all part of the scheme.  Only two of those things ever came to that site (busses and cars), and only one of them really ever did well there (the cars).  The CSX tracks were too busy with freight traffic to accommodate any passenger trains, and Nashville is yet to see any light rail (at least, since it was torn up some decades ago).

In 1998, MTA opened the structure at Clement Landport.  The top level, which connected to the old Demonbreun St bridge, included bus bays, a ticket office, and a waiting shelter.  Ramps led down below to parking.  At one time, up to 15 different routes utilized the station.  But when, a few years later, the Demonbreun St bridge was declared structurally unsound and torn down to be replaced, the Clement Landport was left orphaned: the bridge had been the only way to access the landport structure.  The bridge was rebuilt in a few years, however, and the landport reconnected.  It still never did very well, and the buses stopped using the landport in 2012.

“The (commuter) trains have to come.  If they don’t, I’m not sure the landport will have much value,” former MTA CEO Paul Ballard told The Tennessean in 2005.

Now, the entire structure — top and bottom — is used for parking.  And the MTA knows it’s sitting on a valuable, underutilized piece of real estate: $8.4 million for the 3 acres.

Even as late as last fall, the MTA was still thinking about resurrecting the landport as a second downtown transit hub.  Even the new 25-year strategic transit plan, nMotion, intends to build a second bus station in the southern part of downtown.  But with this sale in process, it seems that the Clement Landport will not be the site of that bus hub.

In the deal worked out by Barry, the city government would purchase the land from the MTA, give the state and the city their 10% interests in the property, then sell it to the owner of Cummins Station for $7.56 million.  The bridge wouldn’t actually be built on the site of the landport, though.  Instead, it would have a landing on another part of Cummins Station’s property, for which the city will pay them $2.662 million.

Marine Week was this past week in Nashville, when around 700 Marines descended upon the city to show us their stuff:

Marine band plays along with drummer kid on Broadway. from nashville